The "UGANGprosjektet" is one of the biggest graffiti happening in norway, covering close to 5000 m2 with up to 50 artists annually.

Drammen is 40 minutes from Oslo by car or train and a little over an hour from the Oslo Airport (Gardermoen),

A small town with a lot of atmosphere and about 70 000 residents. One of the most growing urban regions of Norway.

All ainted walls will be close to the town square.

UGANG project started in 2014 as a test project by the city council.

Until February of the same year, the city had practiced zero tolerance for graffiti and street-art for nearly 10 years.

On the initiative of a local graffiti artist, a plan was presented for decorating the city.

The project was called Ugang, a word game of the Norwegian word for mischief (Ugagn) and underpass (Undergang).

In 2015, we had a lot of sponsors and were able to make the project bigger then ever foreseen.

International artists such as Sofles, TelmoMiel, Henrik Aarrestad Uldalen and Felipe Pantone helped put their colorful touche on the city,

Several of the artworks created during the Ugang 2015 have gained a great deal of recognition both at home and abroad, and was mentioned among other things on the famous art blog "Saachi art" as one of the world's most interesting happenings in August.

By 2016, the Ugang was established internationally and the artists from all over wanted to join!

Ugang are now expanding til Måløy on the west coast of Norway. This is the new exiting chapter of ugang´s history and

will be led by curator Tone Holvik-Eriksen. More info is coming on "UGANG MÅLØY" this summer! 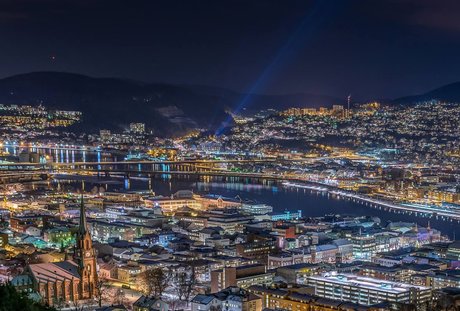 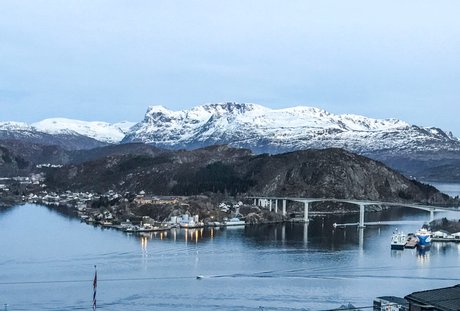